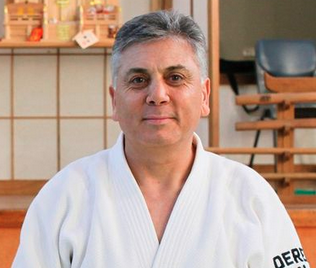 Background: Derek Minus is the chief instructor at the Ku-ring-gai Dojo. He has been practising Aikido for over 30 years and is ranked 5th Dan by the Aikido World Headquarters. He has also been certified to instruct Aiki-ken (sword) and Aiki-jo (staff) and awarded the four weapons scrolls by Saito Sensei.

Although he began Aikido practice in 1972, it was his teacher, Saburo Takayasu 7th dan shihan, who introduced him to the powerful Aikido of the Iwama tradition in 1976. He was Takayasu Sensei’s first student and has continued to study with him to this day. In 1980 he travelled to Japan for an extensive period of study and practice with Takayasu Sensei’s teacher and headmaster of the Iwama dojo, the late Morihiro Saito Sensei 9th dan.

Derek Minus also has experience in other combat systems particularly Kyokushinkai karate, in which he holds a black belt rank, Shindo Muso Ryu Jodo and Taiki-ken, a Japanese derivative of Hsing I-ch’uan.

Dojo History: Ku-ring-gai Dojo started in 1982 with regular Sunday morning Aiki weapons practice beneath the towering blue gum trees in the Sheldon Forest in Sydney’s upper north shore. We still meet each Sunday and perform weapons practice in this way.

The dojo has expanded considerably with training now conducted in the spacious Ku-ring-gai Town Hall. As well as regular class practice, a children’s class and special beginners’ class are also held.

Dojo Philosophy: I believe that Aikido should be instructed in the traditional manner stressing martially effective technique. Through our practice we try to pass on the teachings of O-Sensei from the Iwama Dojo, as preserved by his long time student of 23 years, Morihiro Saito sensei.

Our dojo accepts all students who endeavour to engage in serious and committed practice. The majority of students attend practice regularly and have done so for many years. Our dojo also continues the Iwama party tradition of good food and drink to balance our hard training regime. 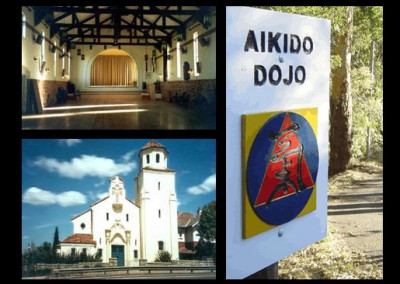 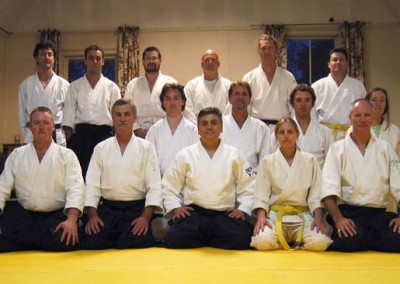 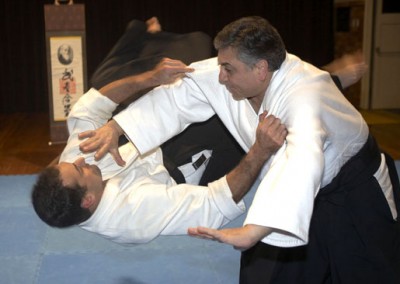 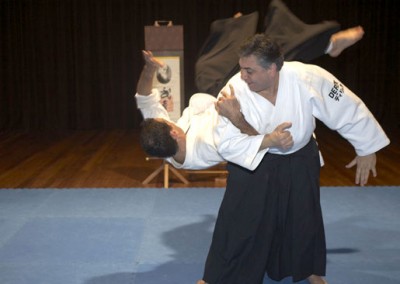 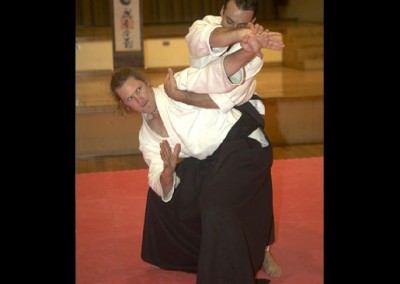 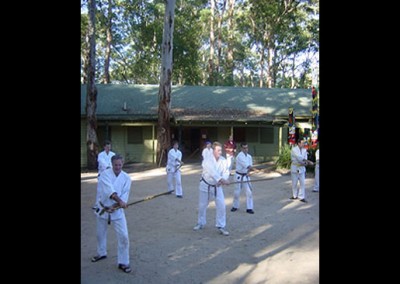