Background: Takayasu Sensei, 7th Dan Shihan, is the Chief Instructor of the Takemusu Aiki Association and is Morihiro Saito Sensei’s leading Japanese student teaching Aikido outside of Japan. His Aikido lineage traces directly to the Founder of Aikido through Morihiro Saito Sensei. Whilst studying at Ibaraki University, Takayasu Sensei trained at both the University Dojo and Iwama Dojo from 1967 to 1973. He was present at the last class taught by O-Sensei in Iwama in 1968. He then undertook a special training tour to a number of dojos in the USA under a letter of referral from Saito Sensei, including two weeks with Yamada Sensei in New York. Takayasu Sensei has lived and taught Aikido in Sydney for more than 40 years since arriving in 1974. Saito Sensei introduced him to the 2nd Doshu as one of his new Shihans at the Taisai remembrance at the Aiki Shrine in Iwama in April 1995. Takayasu Sensei’s personal dojo is currently located in North Sydney.

Training: The emphasis of Takemusu Aiki practice is on fundamental kihon techniques and principles, slow and precise movement, energy extension (kokyu power) and sharp powerful hip rotation. The focus is on developing strong, stable and effective static forms before progressing onto more flowing and faster movements at higher levels of training. One of the unique aspects of Takemusu Aiki is the emphasis on the interrelationship between weapons and body techniques. The practice of sword and staff is integral to the development of solid and stable body movement and powerful extension. Weapons are taught through a number of solo exercises with the sword and staff, followed by partner practices where more advanced principles are explored. Takayasu Sensei insists on all students training together regardless of level and ability in order that the whole dojo can grow together. There are approximately twenty-five to thirty regular students including a 5th Dan, a 4th Dan and five 3rd Dan students.

Dojo Philosophy: Takayasu Sensei is actively following Saito Sensei’s wish to preserve Aikido the way it was taught by O-Sensei, and encourages all students and senior instructors to maintain purity of technique and martial spirit. He believes Aikido training should be strong and martially effective, beneficial and strengthening for the body and mind, and at the same time develop the underlying principles of Aiki. The focus of the Sydney City dojo is to train students in the basics of Aikido in order for them to become in turn effective and capable teachers. This is done through the constant practice of kihon, the fundamental and basic techniques and principles of Aikido. With this solid grounding in the basics, black belt students are encouraged to pass on their learning to the beginning students whilst “developing their own Aikido”. Senior students are further encouraged to branch out and start their own dojo. The effectiveness of this approach can be seen in the number of strong and successful branch dojos under the support and guidance of the Takemusu Aiki Association.

Aikido is based on skill and non-aggression and is the best form of a self defence martial art for children.  Classes are held on Thursday and Saturday afternoons and are for children of ages between 10-16.   Please email to enquire! 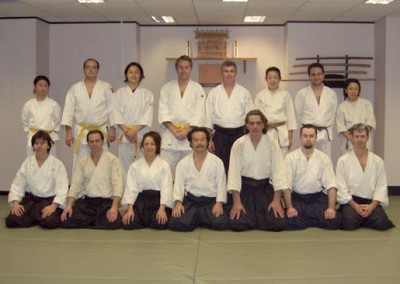 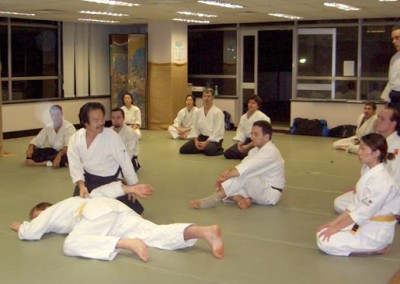 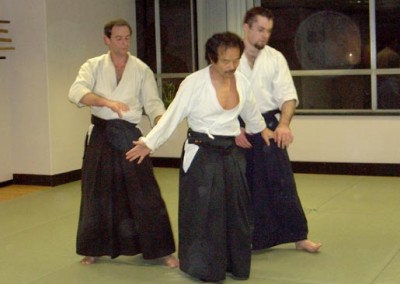 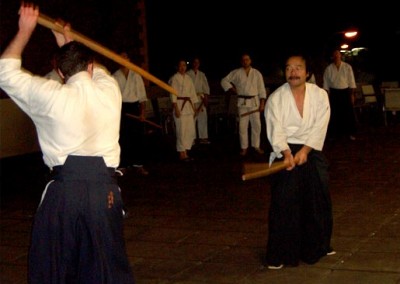