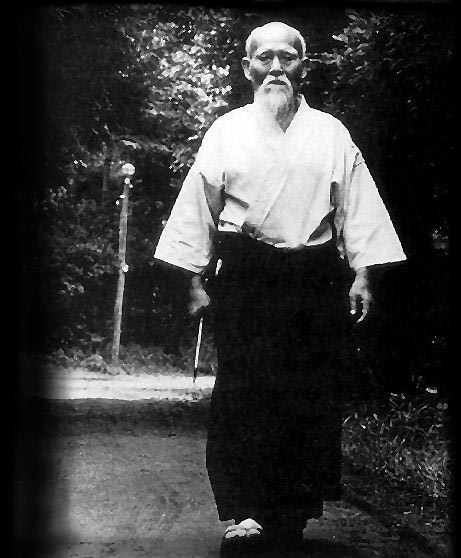 The development of Aikido spanned over a quarter of a century and reached a zenith in 1942 when Master Ueshiba, known to his students as O’Sensei retired to Iwama, then a small country town to engage in a simpler life revolving around farming and the study of budo (martial ways).  The art, which had been known by various names, was called “Aikido” from that time on.

After the second World War, under the direction of the Founder’s son Kisshomaru Ueshiba (and leading teachers such as Koichi Tohei), Aikido gained in popularity through promotion of Aikido’s graceful flowing movement, energy “extension” and self defensive aspect and spread throughout the world.

It was O’Sensei’s longest serving student of 23 years, Morihiro Saito that carried on the training as he had received it directly from the Founder. Morihiro Saito Sensei, to whom O’Sensei bequeathed the position of headmaster of the Iwama dojo, continued to teach the slow solid forms, precise movement and multiplicity of technique and retained the practices using sword & staff and integration of weapon & body art, in his teaching of Aikido as a powerful martial art.

The head of the Aikikai – the central governing body for Aikido, continues to be a member of the Ueshiba family with Moriteru Ueshiba the grandson of the founder, the current lineal head or Doshu.  Aikido in its present form is a relatively recent innovation within the martial arts tradition and was developed in Japan in the early 20th century by Morihei Ueshiba (1883-1969) who was introduced to the classical martial arts as a boy by his father, Yoroku.

He is known to have studied some martial arts such as various styles of ju-jitsu as well as kenjutsu and the art of the spear. In 1912 Morihei moved to Hokkaido, where a chance meeting with a man called Sokaku Takeda changed his life. Takeda was a master of Daito Ryu aiki ju-jutsu, a martial art that had originated in the 6th century AD and had been passed down through the military hierarchy and formalised by members of the Aizu clan becoming known as the Oshikiuchi” or “striking arts”.

The young Ueshiba quickly became drawn to the fierce demeanour of this little man and studied under Takeda until 1919. On returning to his native Tanabe on the death of his father, Morihei met Onisaburo Deguchi – the charismatic founder of an esoteric religion called Omoto-Kyo and spent the next six years as his disciple, travelling throughout Asia. 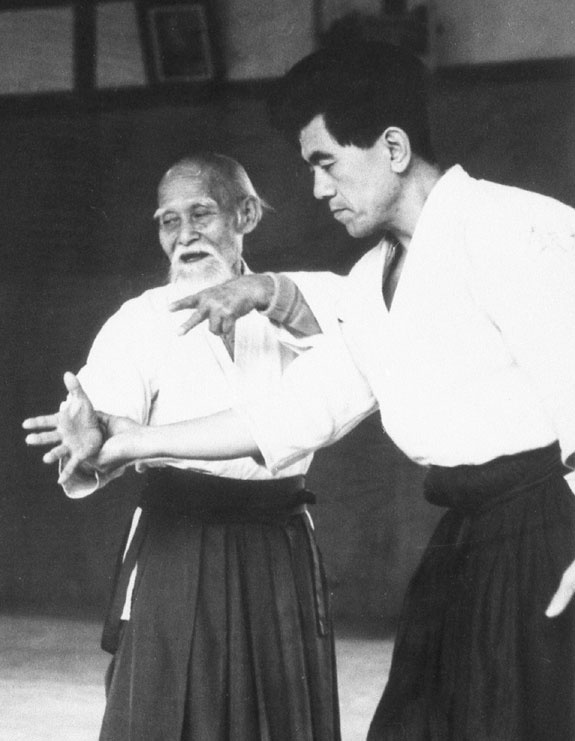 In 1927, Morihei set up the Kobukan dojo in Tokyo and began teaching an amalgam of the martial traditions he had learned from Takeda together with the spiritual beliefs he had gleaned from Deguchi.  This new discipline he called Ueshiba Aiki-Budo.  Morihei finally settled on the name of Aikido.

This word is a combination of three concepts:

In the spiritual sense, this means harmonizing your individual spirit, or ki, with the spirit of Nature itself.  In the dojo, this means that you harmonise with an attack, lead it to a point of exhaustion and then neutralize it with a throw, joint lock or an immobilization.

As with many other martial arts, Aikido is seen not only as a system of self-defence, but also as a means of self-cultivation and improvement.  Today there are various systems of Aikido, but traditional Aikido has no tournaments, competitions or contests.  Physical strength is not a prerequisite, so age is no impediment.  According to Morihei Ueshiba, the goal of aikido is not the defeat of others but the defeat of the negative characteristics that inhabit one’s own mind and inhibit its effective functioning.